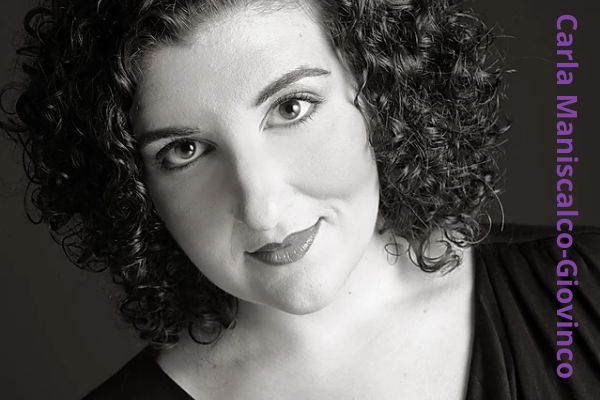 I was asked to write this blog post and my initial reaction was “OMG!! WHAT?? WHY ME?”   Terror – I haven’t seriously written anything in years. Disbelief – Who cares about MY theater experience?  I worked hard, I tried some stuff, it worked. Short story!

And then I started to focus… Let’s start at the beginning.   I am an opera singer.

Sounds glamorous, No?  It really used to be.  It used to be so glamorous and luxurious. Stories of people with sponsors or donors who would then work with all the best teachers every day and coach and rehearse and practice…  Well, those days are (sadly) gone.  Being an opera singer means we HUSTLE.  We WORK. We LEARN as much as possible about whatever gives us passion. Then we DO.

I am an opera singer.  A classically trained singing actress who loves the stage.  I LOVE THE STAGE! Not just being on it, but behind it, under it, near it.  I started working in all the places: costumes, makeup, sets, lights. I became that person who runs around in the dark making it all happen. I loved knowing that I was making it all happen.

I still enjoy performing – but more than that I just want to BE in a theater.

I was in high school when I started singing and exploring theater.  I had no idea about the joys and excitement and (the literal) life changing experiences I would have.  I participated in choirs, musicals and dramas.  I was voted in as PRESIDENT of CHOIR – ok, sounds SUPER dumb, but at my tiny high school being in Choir meant you were in the largest club at school.  EVERYONE was in Choir and I was in the elite select choir too.

There I was elected President and what did I do? I organized, scheduled, ran rehearsals, sent emails, collected money for gifts and made speeches. Basically, I started stage managing. I was the only person in choir or in a cast allowed to touch the backdrops or scenery during set changes. I remember once my tech director could see a costume under the tiny space in the curtain. When she hollered, “WHAT CAST MEMBER IS ON THE STAGE???”, the entire stage hollered back “CARLA.”  “Oh! That’s ok!”, she said.  Talk about getting away with murder!  I was in a costume, changing a backdrop on a boom for the 30 second set change that I was in book-ending scenes! What?  Yeah crazy stupid.

Fast forward to working on a wardrobe crew and having 20 seconds to get two girls out of one costume into another, including shoes and wigs. Then I run to another change 10 seconds later to do the same thing.  Anyone ever seen 42nd Street?  You know the Act 1 finale? Well, that is the biggest hustle for a wardrobe crew. Now try that change in the round.  EXTREMELY hectic, but OMG so so much fun!!

Of course, don’t forget – I did say that I am an opera singer, right?

I wanted to audition for MassOpera’s La Femme Boheme.  I had a laundry list of reasons including their great reputation and getting to work with Dana who is a badass boss lady (can I call her a Boss Bitch??) I loved that they were casting an all FEMALE La Boheme (my favorite opera) and my friend from another life time would be directing.  I wanted to be in that opera and was thrilled that I sang well enough for an invitation to sing in the ensemble.

MassOpera’s mission to “cultivate experiences for artists and audiences that challenge the status quo and reflect our diverse community,” made me feel that I just couldn’t stay away.   I had a wonderful experience in La Femme Boheme and wanted to come back – so  I auditioned the next season even though I didn’t think I would be a great fit for their next production. As it turns out, I was not offered a call back. A couple months later I decided to answer a Facebook post about a wardrobe assistant for MassOpera – I have wardrobe experience.  I’m good at mending and keeping costumes looking great. I thought, “well its MASSOPERA! I have to email Dana.”

I was extremely surprised after talking to Dana, that instead of getting the position of Wardrobe assistant, she wanted me to take over for the Assistant Stage Manager. She was aware of my previous experiences and knew also that I am the Production Manager for the Summer Institute for the Vocal Arts.  I jumped at the chance and I joined the team!

So excited.  I rolled up to the rehearsal space in Boston, and started as the ASM.  I was a little nervous, meeting the cast, crew, and production team .5 seconds before rehearsal began, but as soon as I walked into the theater all my apprehension melted away, instantly turning into excitement.

I was the Assistant Stage Manager for a day when I got a phone call from Cassie, our Director, telling me that the Stage Manager was sick and ( OMG!) could I call the show?  Absolutely!  I will see you tonight and I will make the call book.

That was it! I went from Wardrobe assistant wannabe to Assistant Stage Manager to Stage Manager in a matter of hours.  Jumping into a situation like that could have been precarious, and I like to think I handled it publicly with grace, but there were some moments when I wasn’t so graceful. I have to say, though, I had a great support system.

In the span of two days, I re-wrote the call book, had a cue to cue, two tech rehearsals, two dress rehearsals and opening night.  The cast of Fledermaus had two successful weeks of shows and I was very happy.

This production was harried and crazy and I loved every moment of it! We lost and replaced personnel. Someone left a 5 dollar bill on our up-facing light on the stage – and YES that really happened. It started smoking during act 2 so I had my crew member unplug the light for the rest of the act. An audience member once approached the conductor to leave through the back door – of which there was none! Colds and sore throats spread through the cast (as often happens with a close group of people) meaning extra rehearsal time had to be added for the covers.

The challenges of Die Fledermaus did not even upset me in the least! I LOVE when things like this happen because I am challenged and invigorated.

I am an Opera Singer – But really I am a Lover of all theater. These experiences show me what I am capable of doing and gives me a true sense of accomplishment. I can bring a show together that is loved and enjoyed.  I cannot wait to truly begin my journey as Producing Director of MassOpera. I get to be involved with a company I have great respect and admiration for while doing the very thing I love the best – being in a theater. And THAT is a wonderful thing!