On January 11th, MassOpera brought the three arias workshopped last summer to perform at Opera America’s New Works Forum in New York City on January 11, 2023. The Forum is a multi-day conference for producers and creators of new operas across North America.  Several company representatives were interested in talking more about bringing Caravana to their cities. We are looking forward to forming a commissioning consortium and giving Caravana a rolling premiere across North America.

We are grateful for Opera America’s support in helping us present at this event and to Longy School of Music at Bard College and Chelsea Theatre Works for providing space to bring Caravana this far! 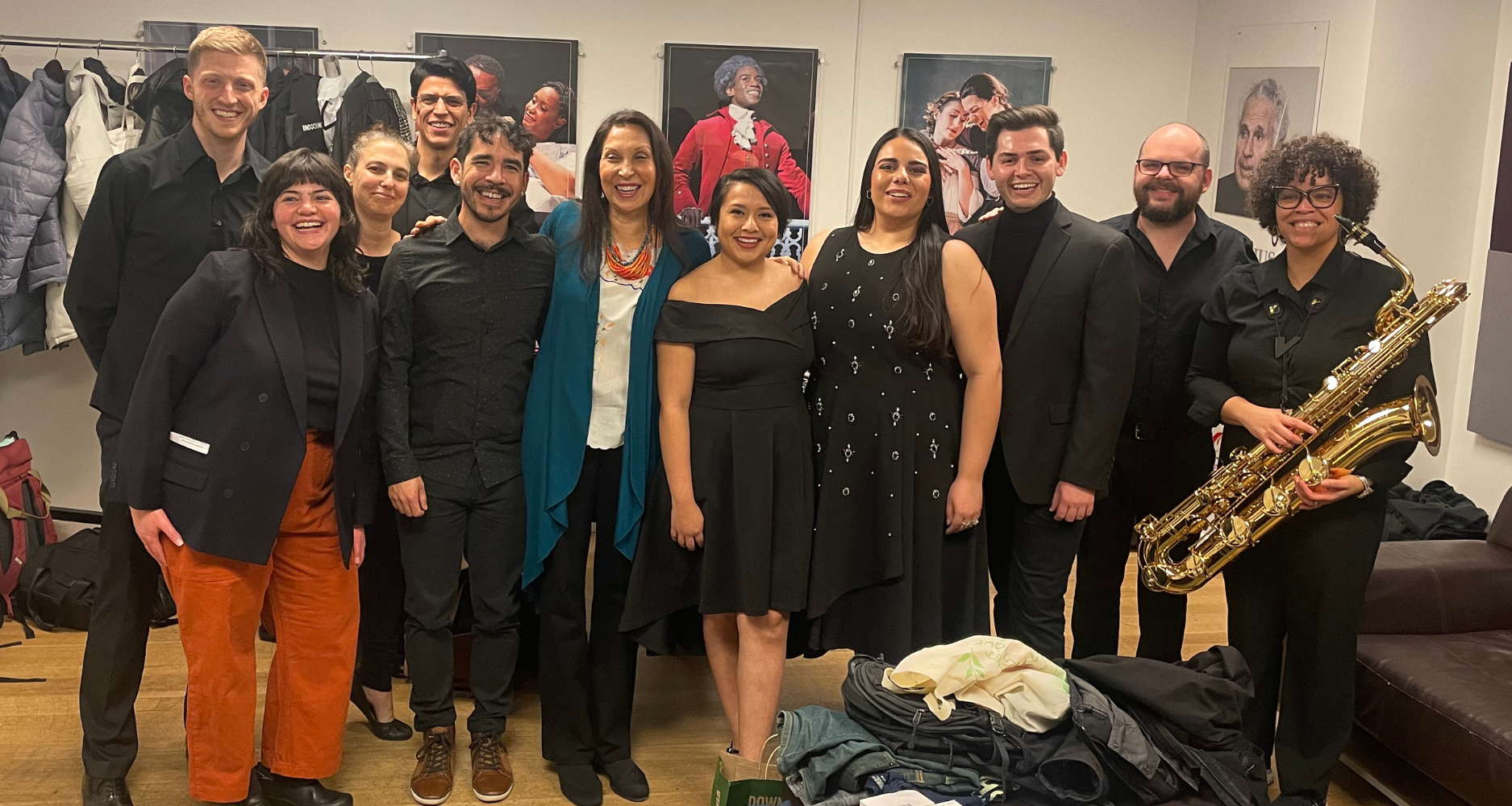 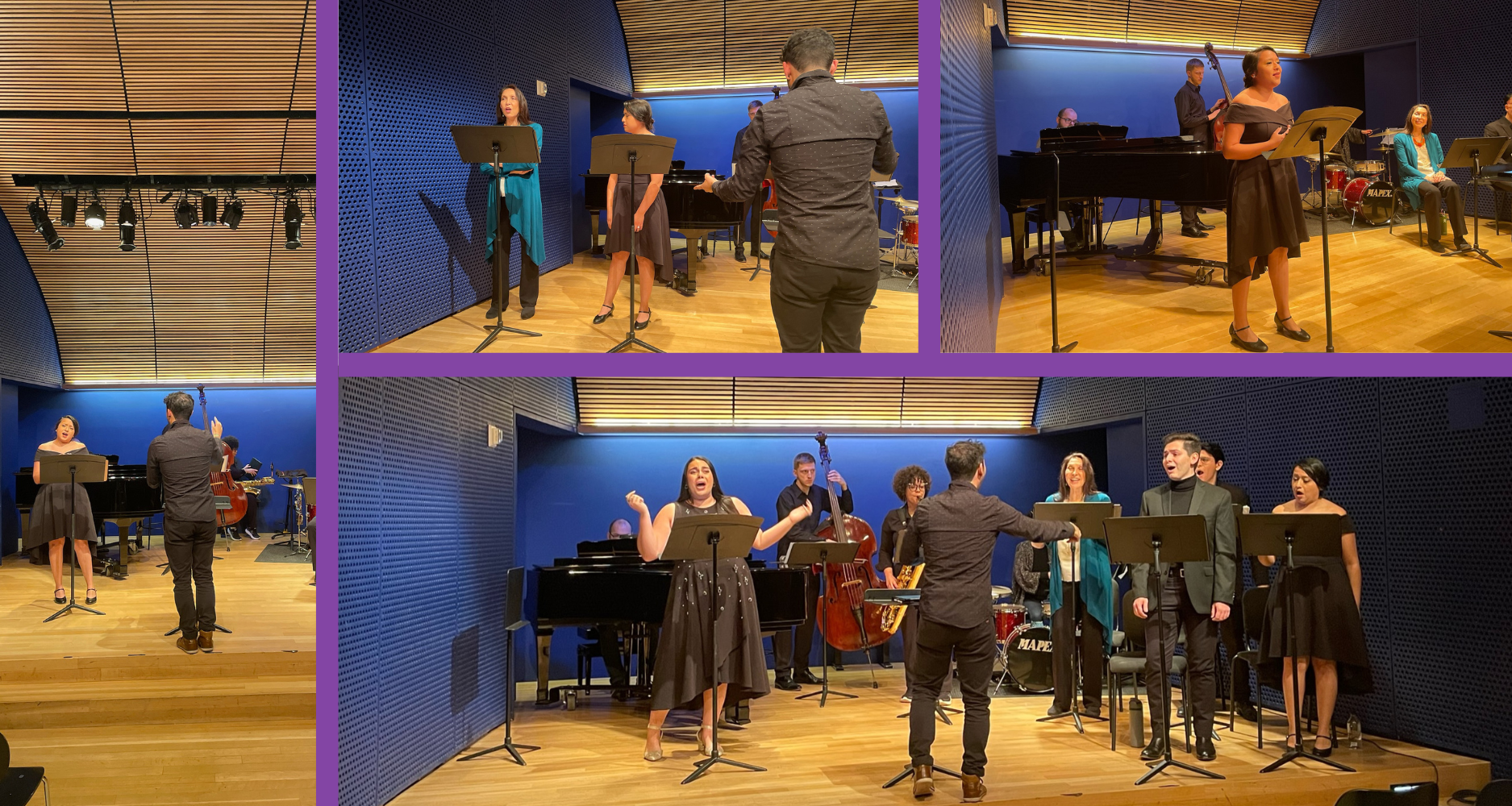 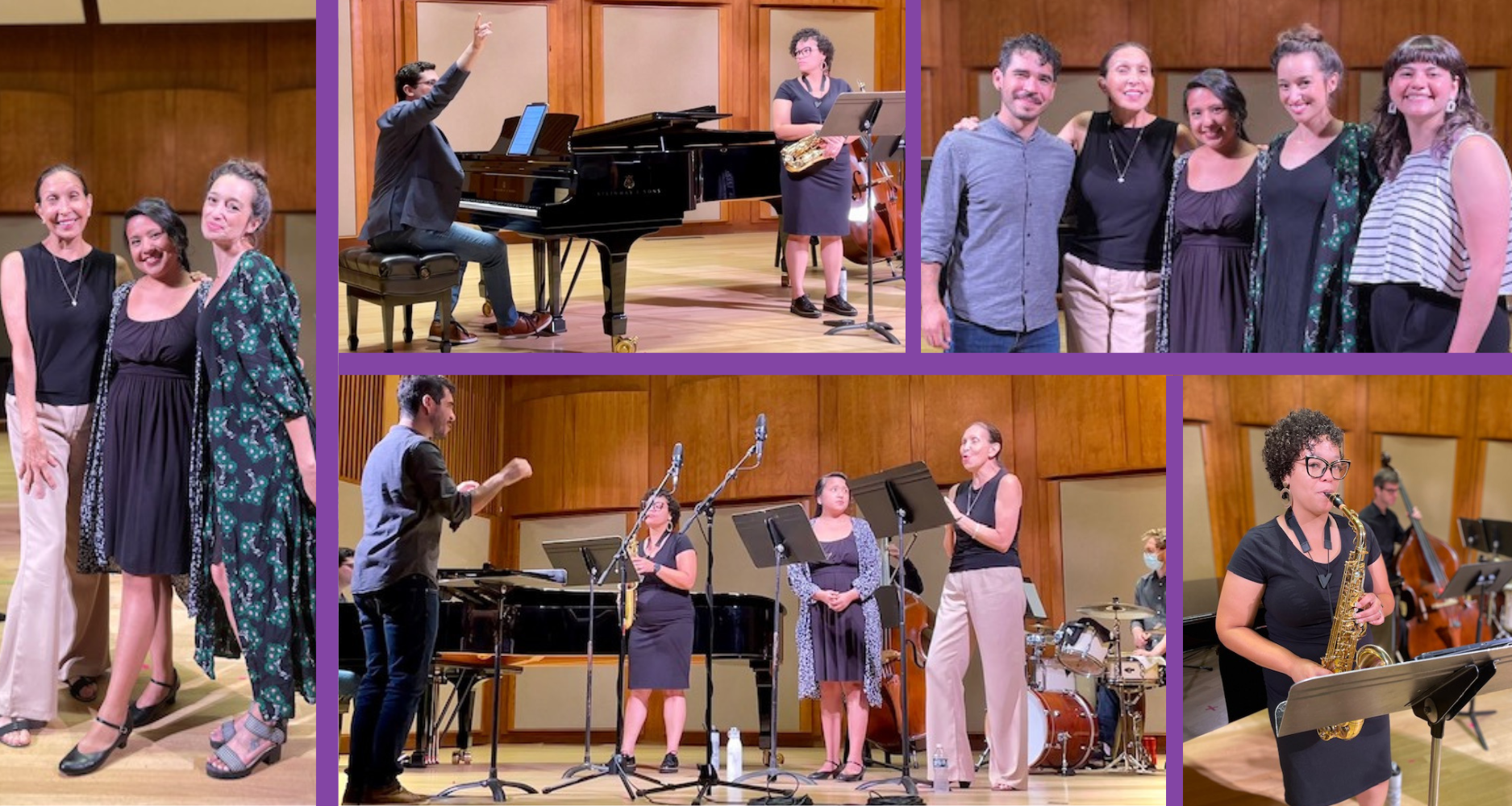 In May 2021, MassOpera and Opera Hub got a bunch of people together on zoom to read Laura’s words out loud for the first time and provide big-picture reactions.  Laura took information from that session and reworked the libretto for our in-person libretto workshop in November 2021 at Chelsea Theatre Works.  That was held over three days with actors, singers, and directors reading and reacting to the text multiple times, including a final reading with non-industry invited guests.

In June of 2020, MassOpera and OperaHub announced a call for proposal submissions to the New Opera Workshop (NOW) seeking creative and innovative operatic works to add to the American operatic cannon.  Projects were required to feature a majority of female roles with a focus on roles for diverse women, by librettists and composers currently living in the United States.  From the initial call, NOW received 95 applications for blind review, and from that pool, 74 projects met the stated requirements, and were advanced to the next round of review.  8 projects were chosen as finalists, and sent to a review panel made up of diverse industry experts–including, Michael Bobbitt, the executive director of the Massachusetts Cultural Council; Dawn Simmons, co-producing artistic director of the Front Porch Arts Collective; and Mark Campbell, Pulitzer Prize and Grammy Award winning librettist–before a final project was selected by the New Opera Workshop team: OperaHub’s General Director, Christie Gibson, MassOpera’s Director of New Works, Cassandra Lovering, and MassOpera’s former Co-Artistic Director, Daniel P. Ryan.   After four rounds of review, MassOpera and OperaHub announced the New Opera Workshop selected work: Caravana de mujeres, a comedic opera by Laura Barati, librettist, and Nicolas Lell Benavides, composer.

Inspired by a real Spanish matchmaking service that uses day trips to the countryside to help Latina immigrants meet rural Spanish farmers at speed dating events, CARAVANA DE MUJERES follows Luz, a Colombian immigrant in her sixties, as she searches for love and companionship.

Already on a bus to the country, Luz is horrified to learn that her niece, Natalia, has not only booked a trip to the wrong town, but to a place she’s avoided for six years: her ex-fiancé’s hometown. Natalia is shocked to learn that Luz was engaged to farmer Juan Antonio until his 83-year-old mother disapproved of his engagement to an immigrant. Juan Antonio is at that night’s event, hoping to see Luz. As Luz faces the farmer that got away, Natalia is forced to confront her prejudices about her aunt’s aspirations for romantic connection. CARAVANA DE MUJERES is an earnest comedy that explores the very human desire for love and companionship while also diving into the fascinating larger social dynamic between Latinx immigrants and native Spaniards. 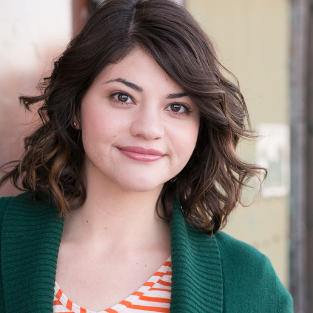 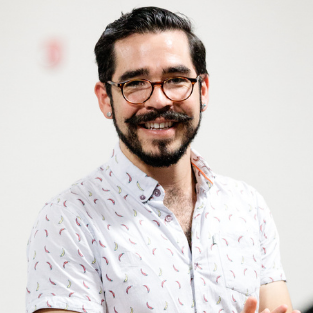 You will notice that 7 of our 8 finalist applicants are listed below.  One of our finalists requested to remain anonymous, and out of respect for their artistic integrity and privacy, we are honoring that request. 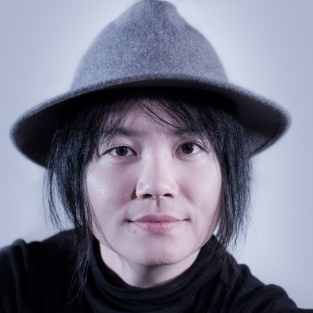 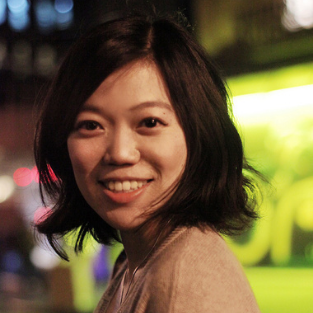 IT RAINED ON SHAKOPEE

In 2017, The composer and I became mentors at Minnesota Correctional Facility – Shakopee, a women-only state prison. This opera is inspired by our experience inside the prison. Our story follows the self-redemption of two inmates who are rejected by their families, and looks into the incarceration system in Minnesota, where the number of women in prison has increased 1029% since 1980.

On a street corner, Little Girl is bullied because of her incarcerated mother. Inside a correctional facility, Mother Inmate anxiously waits for her daughter’s annual visit on Mother’s Day. But the daughter fails to show up.  The Prison Guard escorts a Young Inmate to her cell. Her parents failed to show up as well.  The Young Inmate and Mother Inmate bond through the shared experience of abandonment.

Ryan, a little girl, and Freddy, a cow, are best friends growing up together in the present time. When a factory farm buys up all of the small farms in an American town, Ryan’s family is forced to sell due to financial hardship. Ryan sets out to get Freddy back, and discovers a harsh reality at the factory farm where thousands of animals are kept in filthy, abusive conditions before they are slaughtered, and discovers that people are falling victim to this system. 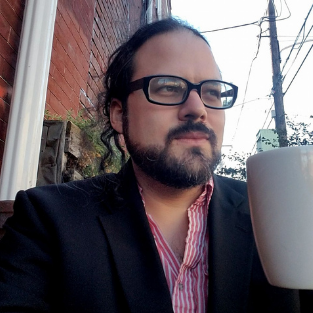 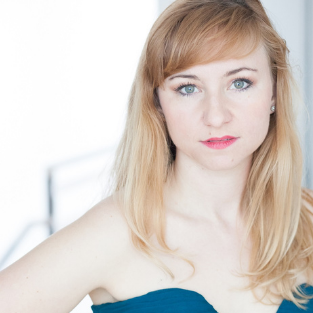 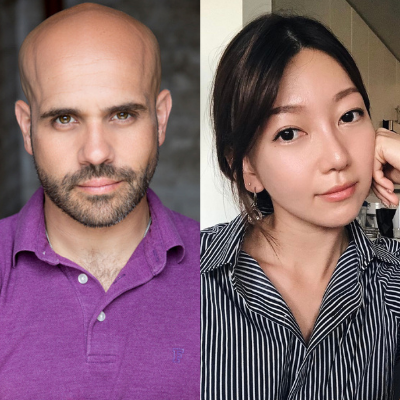 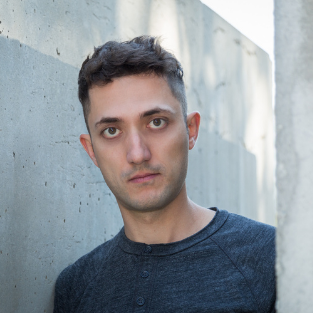 Believed to be the first work by a North Korean dissident smuggled out of the country, Bandi’s collection of short stories – The Accusation– provides arguably the most frank and intimate look into the daily lives of North Koreans.  In “City of Specters,” a young mother uses the giant portrait of Marx in the city square as an instrument of fear to hush her sickly son from crying by likening the Communist icon to the O-bi, a fearful mythical creature.  The story focuses on an initially fearless woman who puts her immediate personal needs (taking care of her son) above any blind duty to the State. All other characters chastise and “awaken” her to the reality that to survive in this totalitarian society, she needs to exercise caution and fear.– “City of Specters” exposes the plight of North Koreans and warns about the dangers of blind subordination to political proclamations that even we in the United States ought to fear.

Inspired by a real Spanish matchmaking service that uses day trips to the countryside to help Latina immigrants meet rural Spanish farmers at speed dating events, CARAVANA DE MUJERES follows Luz, a Colombian immigrant in her sixties, as she searches for love and companionship.

Already on a bus to the country, Luz is horrified to learn that her niece, Natalia, has not only booked a trip to the wrong town, but to a place she’s avoided for six years: her ex-fiancé’s hometown. Natalia is shocked to learn that Luz was engaged to farmer Juan Antonio until his 83-year-old mother disapproved of his engagement to an immigrant. Juan Antonia is at that night’s event, hoping to see Luz. As Luz faces the farmer that got away, Natalia is forced to confront her prejudices about her aunt’s aspirations for romantic connection. CARAVANA DE MUJERES is an earnest comedy that explores the very human desire for love and companionship while also diving into the fascinating larger social dynamic between Latinx immigrants and native Spaniards. 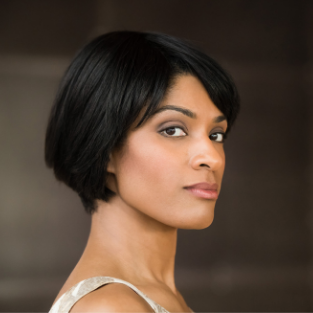 Alicia Hall Moran has asked us to keep her proposal confidential.  Below is a brief biography on Alicia:

Alicia Hall Moran, whose talents crisscross the artistic map, sings (from the Village Vanguard to Carnegie Hall, Opera of the North to Broadway), writes (Tidal Magazine, Amsterdam News, Princeton University Press), educates (Inaugural Chamber Music Artist in Residence at Frost School of Music and Creative Associate at Juilliard), collaborates (currently on view at Guggenheim: “Breakdown” with Simone Leigh & Liz Magic Laser and recently, Lee Mingwei with Bill T. Jones for “My Labyrinth” at Metropolitan Museum of Art), composes (her acclaimed albums Heavy Blue and Here Today), and is commissioned by festivals (Venice Biennial and Whitney Biennial to Poetry Society of America and Brooklyn Youth Chorus) to bring forth newly-inspired work that evokes the depth of the past.  As Ford Foundation Art for Change Fellow, Isabella Stewart Gardner Artist in Residence, Jerome Hill Artist Fellow, Hayden Visiting Artist at Yale, or the inaugural artist resident award winner at National Sawdust, Ms. Moran is known worldwide for her no-holds-barred style of urgent art-making and contemporary, classical, and American vocal practice. 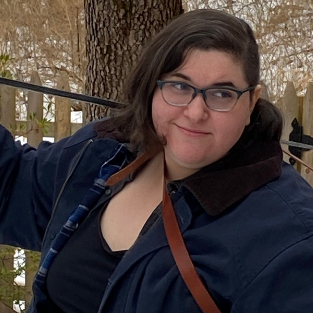 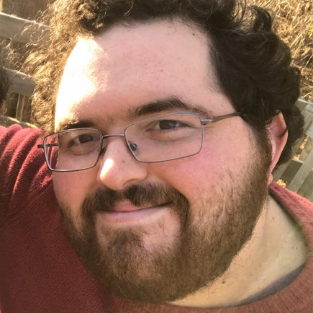 January 28, 1986. The Challenger spaceship is preparing for take-off. The nation watches in awe as seven brave astronauts board the spaceship. Among them is teacher Christa McAuliffe, selected from over 11,000 applicants to the new Teacher in Space project and set to become the first teacher in space. Barbara Morgan, also a teacher, watches the launch with anticipation. She was Christa’s back-up, second in line to be onboard. Seventy-three seconds after launch, the Challenger suddenly explodes in mid-air. Barbara is devastated at the loss of the shuttle, the loss of her dear friend, and the realization of how close she came to meeting the same fate. The Teacher in Space program is cancelled permanently. In a series of flashbacks, Barbara recalls memories of Christa. Barbara is determined to still make it to space herself.  With the cancellation of the Teacher in Space program, Barbara has no option but to go through full training; she embarks on a 12-year journey to join NASA as an astronaut. In 2007, Barbara finds herself in Christa McAuliffe’s exact seat on a new spaceship, STS-118, and successfully makes the journey into space.

A battle to the death for 2 sopranos. In the essay “Professions for Women,” Virginia Woolf imagines an “Angel in the House”—a specter of the repressive idealized woman beatified in an influential Victorian poem—interrupting her early writing. She [the angel] represents the internalized pressures to be submissive, self-sacrificing, meek, charming, sympathetic, pure. Woolf states, “I did my best to kill her… Had I not killed her she would have killed me.”

A woman is trying to work when the phantom sneaks in, whispering advice to watch her tone, remain feminine, and remember her duties. The conflict heightens: the woman tries, unsuccessfully, to ignore her, to reason with her, to make her leave, and then tries increasingly desperate measures to make her stop.  Eventually they, and we, realize only one will come out alive. 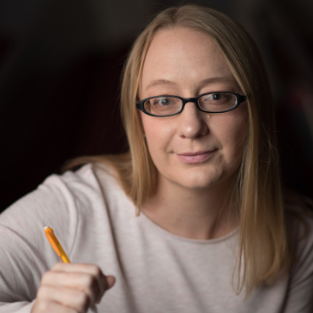 Check out a Selection of our 25 Industry Panelists for NOW 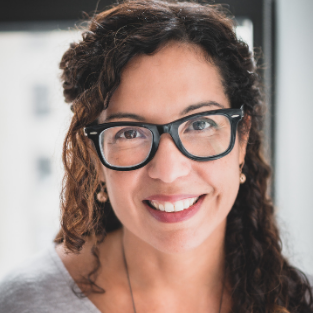 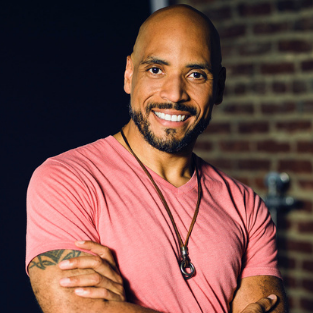 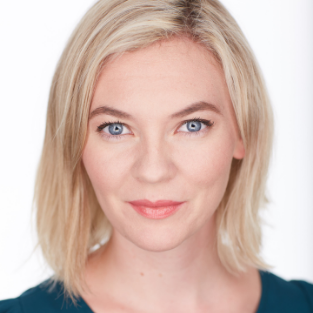 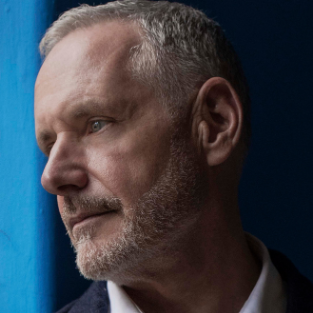 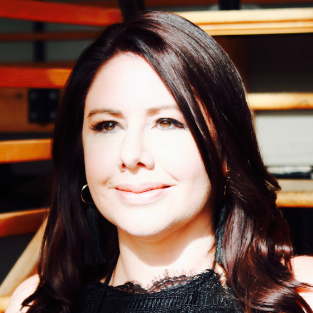 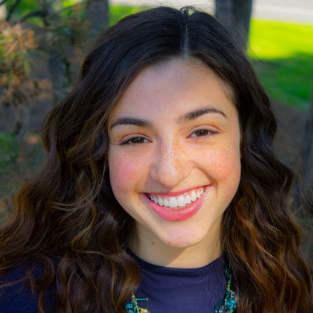 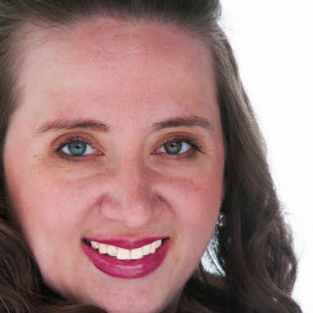 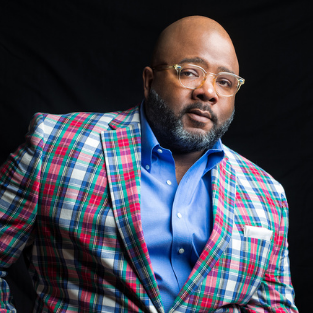 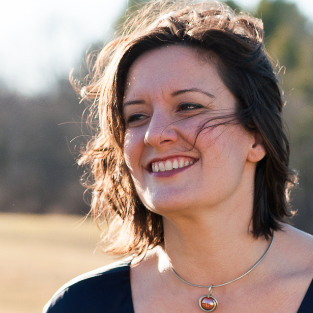 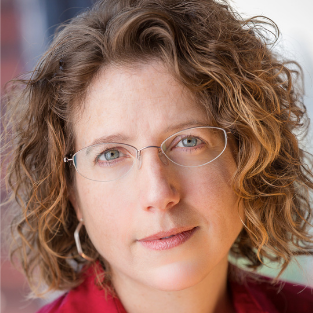 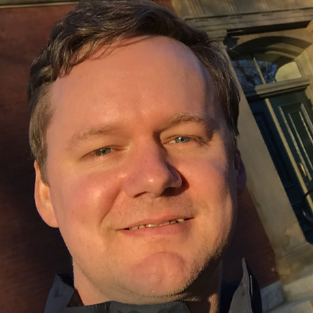 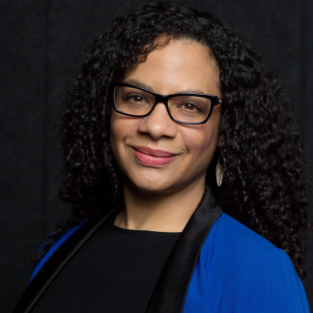 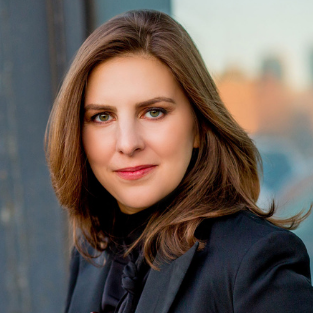