MassOpera is partnering with renowned Stage Director, Chuck Hudson, to present a series of virtual Role Preparation Master Classes for Singers!  The five week session provides comprehensive and practical instruction on how best to tackle performance material and how to best present oneself at an audition.  Read below for further details.

For 7 years Chuck was Artistic Director of The Immediate Theatre in Seattle: a physically based company committed to the creation of visually exciting dramatic works. 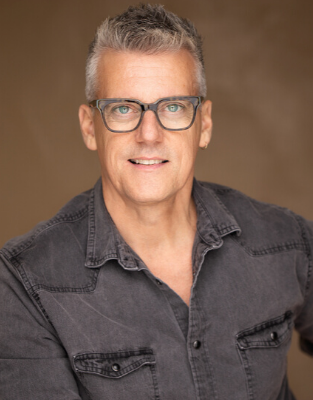 1. AUGUST 13 – Mining the Text for Character and Action

3. AUGUST 27 – Creating the World of the Opera through the Given Circumstances 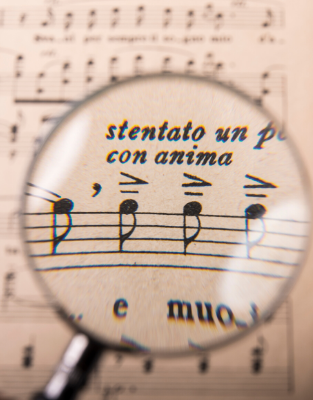 1.Mining the Text for Character and Action (90 Minutes)

A simple 6-step technique to mine a libretto for clues to create Character and Action.

We train actors to read a script not simply for storyline, but for Character and Action. Reading “the story” is like me having a complete orchestral score in front of me and only reading the melody line. I am missing a huge percentage of the orchestration. It is the same with the libretto of an Opera. 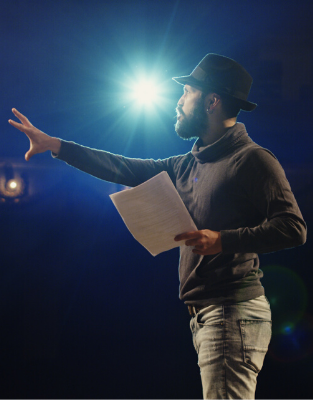 A particular challenge for presentational forms of performance like Opera and Musical Theatre is “making things bigger” while remaining dramatically truthful. Directors often say, “I loved what you were doing in rehearsal. It was intimate and connected and truthful…but now we’re onstage and I need you to be bigger.”

Movement Work: The 5 Movements of Pure Thought.  Making the invisible visible without “acting it out” 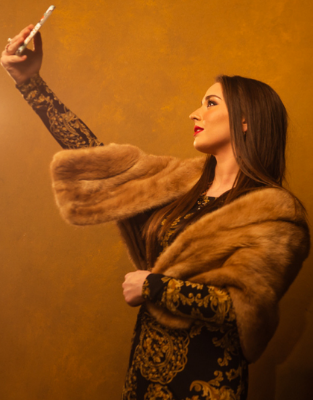 3.Creating the World of the Opera through the Given Circumstances (90 Minutes)

The Given Circumstances are everything that you know about your character from the information provided by The Textual Evidence (session 1).

This 6-step Technique, combined with 3 Pairs of Opposing Environments, will allow you to create THE WORLD OF THE OPERA in specific detail. 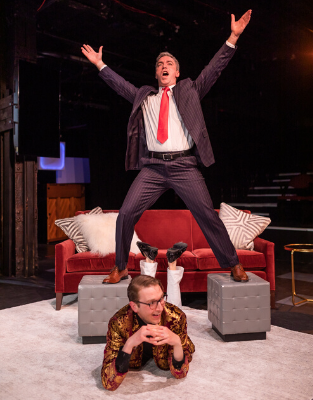 Combining the preceding sessions, this Master Class addresses how to use the Textual Evidence and Given Circumstances discovered in the previous sessions to create visible action while working with a Director.

This Master Class takes the mystery out of Acting and makes it “easy as pie” to generate a logical sequence of actions you can play moment to moment, rather than trying to “play an emotion” that might interrupt your singing. 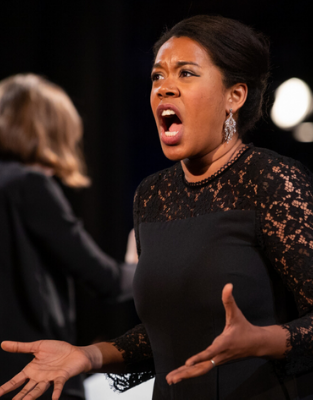 This is the Result Oriented session in the week when we apply all the previous individual techniques specifically to an Audition Aria using my unique framework for presentation called The Cube of Space. The framework provides a genuine multi-dimensional structure that helps singers make the invisible visible by creating a grounded, motivated, and honest performance. By focusing imagery in a way that imprints the voice with specific dramatic action, The 5 points of the Space, the 3 Levels of Consciousness, and the 5 Movements of Pure Thought combine to create a tangible and reliable foundation, freeing singers to make bold and active choices, and to become more physically expressive during the audition. 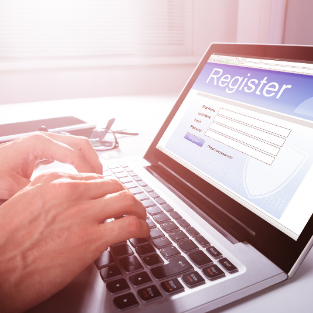 COST: $125 TOTAL for all five sessions

CAPACITY: No more than 15 participants

TO REGISTER: Fill out the application and make payment

Fill out my online form.